In the last post on Mental Arithmetic I explored the mental arithmetic for adding numbers up to 2-digit number. I now extend this to the topic of “number bonds” – which are various ways in which we can divide up a number into its parts and combine these parts back into the number.

This is a very important part of early mathematics development of learners, and it is essential that this part of mathematics is learned so that is becomes a habit which is imprinted into the mind of the learner, rather than requiring the learner to use a procedure for counting, since such procedures will slow down the learner.

END_OF_DOCUMENT_TOKEN_TO_BE_REPLACED

In the last post we looked at adding single-digit numbers, such as 4+5 (which adds to 9, and is thus less than than 10), and 7+8 (which sums to 15, being larger than 10). I explained that these two types of single-digit addition are a core element of mental arithmetic.

END_OF_DOCUMENT_TOKEN_TO_BE_REPLACED

In the last post I outlined the importance of having a well-developed proficiency in mental arithmetic to help you through school and in real-life work.

Today I examine the first step of mental arithmetic knowledge, which is simply to know the sum of two single-digit numbers, being the numbers are 0-9. When two are added they create a number in the range 0-18.

END_OF_DOCUMENT_TOKEN_TO_BE_REPLACED 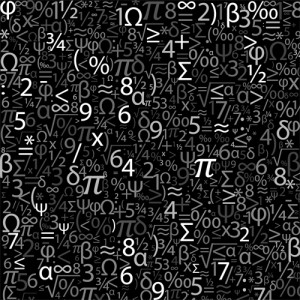 In this age of the calculator, why should you have to learn to do arithmetic in your head?

Surely the reason that we have the calculator is to help us do our calculations, and it is a tool for all of mankind, including school children, just like the motor car is a tool to get us from one place to another to save on walking.